So much is happening with NDIS and the most controversial is:
The Independent Assessments
By now you'd be familiar with the concerns raised about NDIS's proposed Independent Assessment process. In a nutshell, whilst there are some key benefits such as the cost being borne by NDIA and not by participants, many of whom couldn't afford the specialist consultations, the concerns seem to outweigh the benefits. The disability sector 's concerns are about the way assessments will be carried out and how the assessments will be used to determine participant plans and funding.
The former CEO of NDIS, David Bowen believes that the government's change is "a way of controlling the amount of funds that go into each plan, through determining that plan value through an assessment tool, rather than through a personalised plan."
The submissions of several disability industry peak bodies and representative groups over the past few months have slowed down the implementation of Independent Assessments which was scheduled for June 2021.

The new minister for the NDIS, Linda Reynolds, announced in mid April 2021 that Independent Assessments will not be implemented as planned, until feedback from the current trials has been assessed, and further consultation across the sector has taken place.

My main concern as a provider registered with NDIS since its inception, is the conflict of interest within some of the appointed organisations.

From ABC’s investigations we know that at least 4 of the 8 government tendered and appointed assessors have subsidiary companies who offer NDIS support services!

Why appoint organisations when they are affiliated to service provision? Surely there are sufficient standalone organisations with health and allied health professionals not involved in NDIS?

The Productivity Commission in 2011 recommended independent assessments as only one part of a range of assessment tools to measure participants' disabilities and support needs. In my opinion in the name of fairness, personalised plans recognising the individual circumstances of people recommended by participants’ treating medical and allied health professionals has to be a part of this assessment process.

You can have your say

Hearings at the Joint Standing Committee inquiry into independent assessments began on Friday 23 April. Wider consultations are in progress now. You can read more about the specific concerns and also have your say via: https://everyaustraliancounts.com.au/ndis-sector-statement/

Other reviews of the Scheme

Hear what Martin Hoffman, the CEO of the NDIA has to say about other reviews of the Scheme including the Independent Assessments:

https://www.youtube.com/watch?v=vKCeXpcH0IE
What do you think? Is NDIA on the right track or not with Independent Assessments?

I'd love to have your feedback.

Assuring you of our best attention at all times

Popular posts from this blog 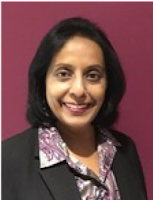 February 10, 2021 Hi Everyone, Janaki is my name and disability services is my game!  In recent years I've worked extensively in the disability, ageing and home care sectors. Last year my 2020 vision (pun intended) was to pivot Facilitrade, my consulting company, so that I combined my corporate governance and customer experience skills with my passion for servicing providers and participants under the National Disability Insurance Scheme (NDIS).  I am excited to announce that my new website is out, and ready for you. Engage with me at www.facilitrade.com.au This is the first of many blogs to come on NDIS challenges, solutions and successes. Look out for more! Cheers,  Janaki
Read more

Hi Everyone,   Here’s a progress update on how we are helping disability service providers.  In this instance we assisted a  new entrant to set up their operation. If you recall my blogs in February 2021, my focus now-a-days is to give my clients the best possible experience with a holistic approach to their needs. Well, I was able to do just this with Diligent Disability Care and was gratified by their response which I’d like to share with you.    “Diligent Care is a new disability care provider, and we utilised the services of Janaki Ramachandran of Facilitrade to develop all policy documents to support our application for NDIS registration. Facilitrade also assisted us with the Self-Assessment, completed and submitted our application to NDIS and also helped us in selecting and appointing a suitable auditor.   Thanks to the excellent and efficient work done by Janaki we were able to get through the audit in record time and were successful in our application.   We would like to recomm
Read more

Don't Be Left out of NDIS!

April 28, 2021
Don't Be Left out of NDIS! What's news at Facilitrade? It's been a busy but fulfilling April for us. We've seen a few providers, new and existing, through their NDIS registration process and certification audits.  The highlight was preparing a key client to face three different compliance audits within a week, for their core module and two complex modules. We are proud to claim that after we ran them through a comprehensive internal audit and several briefings, they ended up with a 100% audit success - no dreaded "non-compliance" issues! Under our business advisory services, we helped Cosmic Health Care to set up in business and are in the process of assisting them with their NDIS registration.  Attending the Source Kids Disability Expo was another highlight. It was a real eye opener to meet the exhibitors and understand the extensive range of products and services they had to offer for this category of people. I highly recommend these expos for all provide
Read more